Alongside Dr. Michael Bruter, I am employed as a full-time Research Fellow on a research project dedicated to the study of electoral psychology that is based at the London School of Economics and Political Science.

The project is entitled ‘Inside the Mind of a Voter’ and is funded by a European Research Council research grant. It is a multi-faceted study aiming at putting electoral psychology on the European and international scientific map in order to gain a better understanding of the psychological determinants of voting behaviour, political participation, and a citizens’ political identity.

The project is essentially made of three different ‘layers’:

Within the scope of this project, we use a wide range of innovative methodologies: we have multi-mode, multi wave mass public opinion surveys and panel elements in some cases, in-depth and on-the-spot face-to-face interviews, and various experiments in seven countries.

For the mass survey element, we have already conducted the fieldwork in countries such as the UK, Sweden, Australia, New Zealand, France, the US, Israel among many others.

In the case of the qualitative interviews, the in-depth interviews reveal rich details about electoral memories, political behavior, familial interactions, whereas the spot interviews simply ask people to tell us, in one sentence, what they thought about (or what went through their minds) when they were in the polling booth. These spot interviews are taken immediately after people have voted and thus give us a most inspiring insight into the voting experience.

We have also included a new electoral diary component that consists of recruiting approximately 50-100 families in each country and asking a family member to record thoughts, discussion, and exposure to the campaign and the election from about 3 weeks before the vote till the week after. This is complemented by weekly questionnaires (on the campaign, TV debates, the actual voting experience, election night etc…)

In addition, we have organized election observations in several countries. Observers that have volunteered from political parties are stationed in polling stations and provide a general anonymised account detailing a ‘life in the day of a polling station’ (for example notations about what proportion of voters came alone, with family members, with children, what sort of questions were asked, how many people tend to speak together in the polling station, how many people struck them as looking happy, worried, excited, etc).

We are continuing the fieldwork in the final year of the project with elections in Israel (March 17th 2015) and the UK General Election (May 7th 2015) and others cases are planned throughout the year.

For more information about this research or any other of our other projects please email s.l.harrison@lse.ac.uk or contact Michael Bruter m.bruter@lse.ac.uk 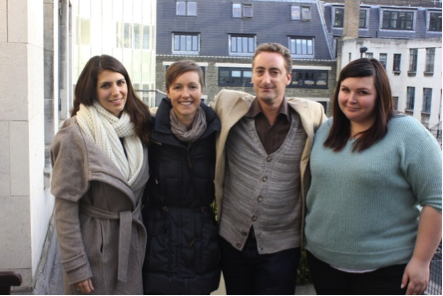